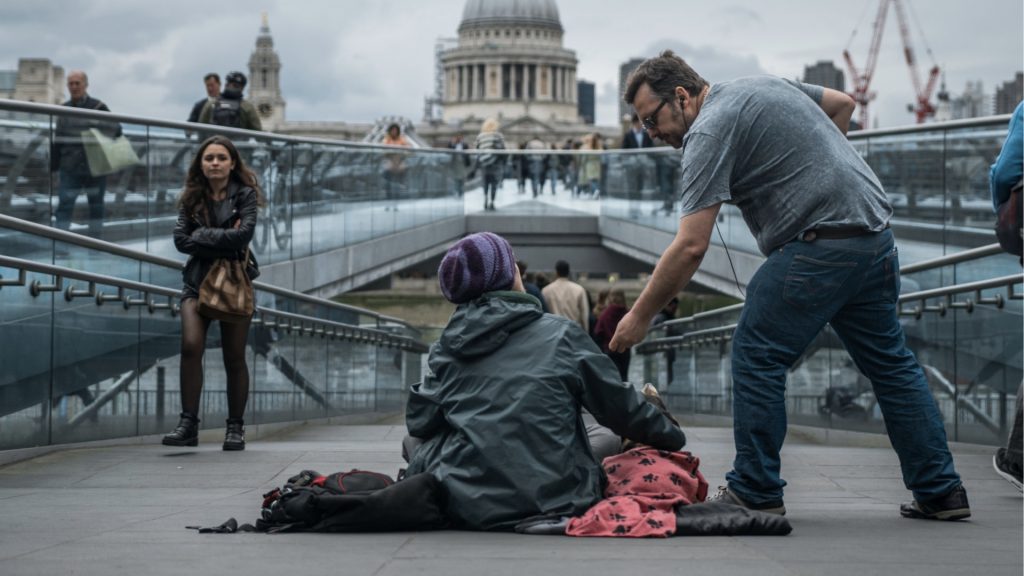 Then Peter said, “Silver or gold I do not have, but what I do have I give you. In the name of Jesus Christ of Nazareth, walk.” Taking him by the right hand, he helped him up, and instantly the man’s feet and ankles became strong. He jumped to his feet and began to walk. Then he went with them into the temple courts, walking and jumping, and praising God. When all the people saw him walking and praising God, they recognized him as the same man who used to sit begging at the temple gate called Beautiful, and they were filled with wonder and amazement at what had happened to him. – Acts 3:6-10 NIV

A name is a primary way we identify ourselves to strangers, friends, co-workers, neighbors, and the world at large. We lead with our name because it is the gateway to our person. A name, however, speaks to much more than simple identification. It carries with it reputation, character, and in some cases, influence and capacity. We all desire our name to mean something and be worth using.

In Acts chapters 3 and 4, Luke emphasizes the name of Jesus. He underwrites the narrative of the church and the individual acts of the apostles with the power and authority of Jesus’ name. The name of the Lord has all capability and preeminence in heaven and on earth behind it. His name is above every name and at the mention of it, deserves worship, reverence, and obedience. The book of Acts shows us that the early Christians were intent on bringing glory to the name of Jesus, indicating that believers today should have the same desire.

There is no better example of the salvation and power of the name of Jesus than the beginning of Acts 3. Peter and John come upon a man crippled from birth who is begging in front of the temple. The man then asks Peter and John for money, and Peter uses this as an opportunity to not only meet his physical need but his spiritual one through the life-changing power of Jesus’ name. He says in verse 6:

“Silver or gold I do not have, but what I do have I give you. In the name of Jesus Christ of Nazareth, walk.”

This beggar had two needs: healing for his body and salvation for his soul. Money or wealth could not provide either one of those for him and the disciples knew this. Only through the power of Jesus and the speaking of his name was the man completely healed and his deepest needs met. When this happened, the man was so excited that he jumped to his feet and began to walk. Then he went with them into the temple courts, walking and jumping, and praising God.

This story is not only an illustration of salvation, but a testimony to the supremacy of Christ to meet the needs of man over anything this world has to offer. When Peter said, “What I do have I give you,” he was emphatically saying that what he was about to give the man was all he would ever need. The beggar was born crippled as we all are in a spiritual sense. We are in desperate need of something we cannot accomplish on our own. He was poor as we are all unable to pay the debt of sin. But, he was healed by the grace of God through the power of the name of Jesus, as anyone who believes is and can be.

It is all in the name; the name of Jesus. The name of the Son of God that is exalted above all others. The name that holds all authority and transcendent power. The name that will one day cause every knee to bow and every tongue to confess that He is Lord (Phil. 2:9-11). The name that saves, heals, restores, and causes broken things to be whole again. The name that causes others to look on in wonder. The name that deserves honor, praise, and glory then, now, and always. The name is all we need in life to satisfy our greatest longings.