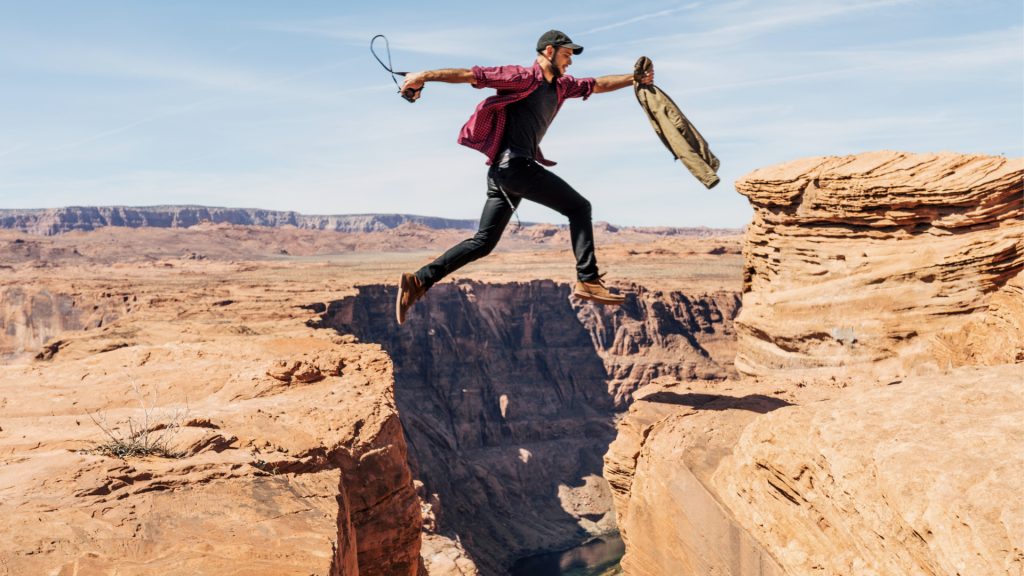 To the one who does not work but trusts God who justifies the ungodly, their faith is credited as righteousness. David says the same thing when he speaks of the blessedness of the one to whom God credits righteousness apart from works: “Blessed are those whose transgressions are forgiven, whose sins are covered. Blessed is the one whose sin the Lord will never count against them.” Therefore, the promise comes by faith, so that it may be by grace and may be guaranteed to all Abraham’s offspring. – Romans 4:5-8, 16 NIV

It is interesting about us as people when it comes to starting and cultivating a relationship with God. We would rather work instead of trust. Our natural tendency is to do before we believe; earn before we submit. We default to attempting things on our own. We want to acquire our way to heaven instead of placing our faith in the only way. We desire to be righteous by our good deeds instead of the all-encompassing sacrifice of Christ.

Paul addresses this age-old human problem of striving versus believing in Romans 4. He has already said in Chapter 3 that God justifies all people by faith and that no one, regardless of heritage, culture, or background, can boast about their works. The Apostle reiterates this truth in verse 8: “The one who does not work but trusts God who justifies the ungodly, their faith is credited as righteousness.”

It is humanly impossible to do anything that will justify us as righteous before God. That is only accomplished through faith in Jesus’ finished work on the cross. This passage goes on to teach that justification by faith alone goes back to Abraham in the Old Testament. Paul writes, “Abraham believed God, and it was credited to him as righteousness.” So if Abraham was justified by his faith and not his great works, that means we are too.

The example of Abraham in this chapter shows that from the beginning, the Lord’s way of relating to human beings is by faith in Him rather than on works that could never be adequate to close the gap between the two. By faith is how God desires for us to be in relationship with Him.

This is the faith that works; faith that is key to a blessed life. Verse 6 beautifully says, “Blessed is the one to whom God credits righteousness apart from works.” We are blessed when our works are the outflow of our faith, not the replacement for it. We are blessed when we live and rest in the justification before God provided through Christ, instead of striving needlessly and without merit to take His place.