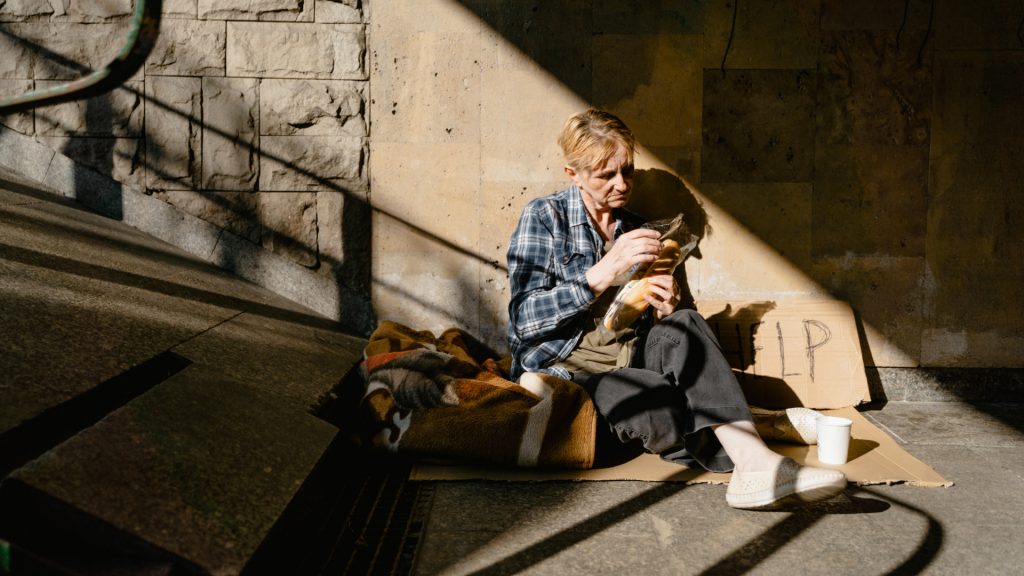 There was a rich man dressed in purple and fine linen who lived in luxury every day. At his gate was a beggar named Lazarus, covered with sores and longing to eat what fell from the rich man’s table. Even the dogs came and licked his sores. “The time came when the beggar died and the angels carried him to Abraham’s side. The rich man also died and was buried. In Hades, where he was in torment, he looked up and saw Abraham far away, with Lazarus by his side. – Luke 16:19-23 NIV

It is ironic that those who were supposed to be the most spiritual among the crowd that Jesus spoke to in this chapter made fun of his teaching about the proper handling of money and stewardship. It says in verse 14 that the Pharisees, who loved money, heard all this and were sneering at Jesus.

The word sneer means that they stuck their nose up at him and at his encouragement for people to love God more than money and possessions. The Pharisees were the ones that should have been agreeing with and championing Jesus’ message the most. They honored the Lord with their words, but with their love of wealth, they held on to the world. Sadly, many others today are caught up in the same deception and fail to grasp the most valuable thing in life.

Unsurprisingly, Jesus was not deterred by the Pharisees and the mocking of his teaching. He kept on instructing the crowds and us about what is most important in life through the story of the rich man and Lazarus. This man of wealth was among the richest in the city as he dined on expensive foods, wore the highest clothes, and lived in luxury every day (v.19). His lifestyle was ostentatious; his riches incurred the envy and admiration of the people. On the outside, this guy was living his best life.

In stark contrast to the rich man, Lazarus was a beggar who lacked the ability to walk or stand and was laid at the gate (v.20) of the wealthy man every day. Verses 20-21 tell us that he was covered with sores and longing to eat what fell from the rich man’s table. Even the dogs came and licked his sores. Lazarus was so destitute and impoverished that the only attention he could get was from the neighborhood dogs who licked his open wounds. All the while, the rich man could have helped him, yet he was too wrapped up in his own comfort.

But as is with everyone who has ever lived, death is the great equalizer. Luke 16 tells us that both men died, and Lazarus, who suffered greatly in his life, went to heaven. The rich man who lived in the lap of luxury and solace on earth, went to Hades, where he was in torment. The next part of the story is difficult to read. The rich man can do nothing about his eternal condition and even begs for Lazarus, the one who sat at his gate every day begging for scraps from his table, to come and help him. Even in the depths of eternal despair, the rich man was self-centered and missed what is most important.

We must be careful not to think that the rich man is condemned because of his wealth and Lazarus is saved because of his poverty. Neither would be the case. The truth is that one understood what was ultimately more valuable – a relationship with God. One trusted in his riches, and the other trusted in the Lord. It is a timeless lesson for all of us to secure our focus on God and not on our stuff because valuable things are not the most valuable thing. It is our eternal relationship with Jesus Christ.