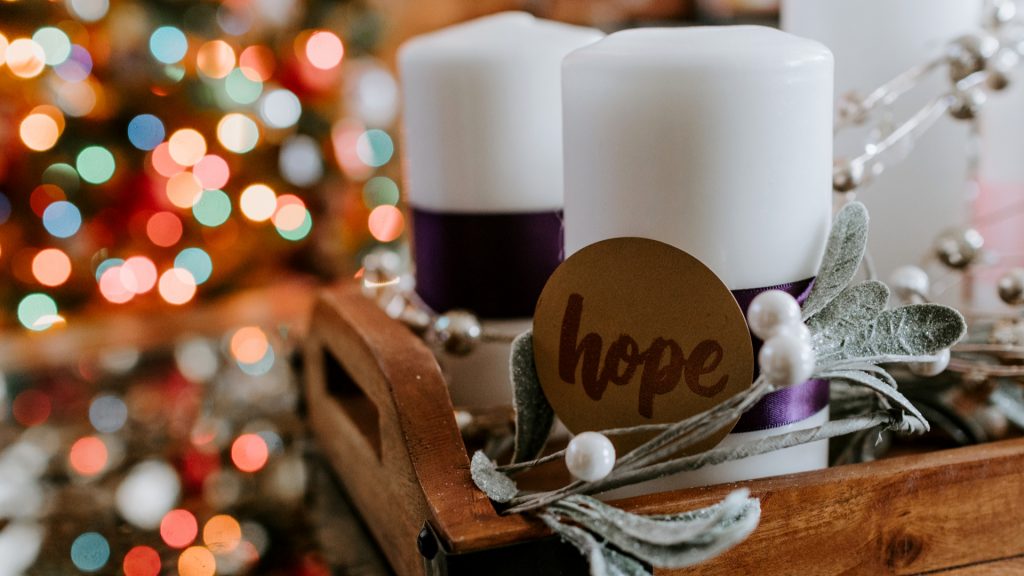 May you experience the hope that is found in the Gospel of Jesus Christ this Christmas season.

Hope is the benefit and not the doubt.
It is silver in the lining.
It knows the sunshine is somewhere behind the rain.
Hope moves the arm that goes down swinging.
It propels one foot in front of the other.
It compels the fingers to cross.
It is the effort in the last-ditch.
Hope is the wing that carries the prayer.
It is the gun that shoots for the moon.
It is the radiance of the light at the end of the tunnel.
It is the exclamation point behind joy!

Hope put a melody in Mary’s heart after she received news that would’ve startled the bravest of souls. Hope was the assurance of her purity amid the stinging voices of skeptics. It was her anesthetic during labor on the dirt in her fiancée’s hometown.

Hope serenaded her while listening to the rumblings of outside activity. It soothed her as the aroma of farm animals filled her nostrils. It fueled her happiness as she welcomed strangers and shepherds.

Hope caused her to trust when her family was on the run. It comforted her in hiding. It gave her energy as she watched her firstborn grow up. Hope sprung eternal as she saw him die. It was her confirmation when she found out he was alive. It whispered in her most desperate moment that she would see him again.

George Iles once said, “Hope is faith holding its hand out in the dark.” That is good but the writer of Hebrews put it better when he said, “Faith is the substance of things hoped for, the evidence of things not seen.”

Hope is not just faith holding its hand out in the dark. It is the faith that someone is going to turn the light on and something extraordinary is going to be in your hand. That is what God gave us in Jesus. Therefore, we hope. We have hope.